Anyone who was here for Rock music has probably left by now. It has been a good while since I have shared any kind of pure Rock or Alternative music, but Gemini Syndrome’s “Stardust” should start a pattern of writing about your parents’ favorite genre again.

That being said, Gemini Syndrome are probably closer to Metal than they are Rock. However, “Stardust” is most likely their most universally appealing track from their debut album Lux. It is everything your punk girlfriend will adore in a love song.

I don’t have a whole lot to say about the song. Vocals are a bit shakey, but conviction comes off alright and instrumentals are superb. The lyrics are slightly repetitive but the song finds a way to stay interesting. Overall, I would rate the song at:

You can hear the song below and see what you think:

END_OF_DOCUMENT_TOKEN_TO_BE_REPLACED

I have issues (ha) with calling “Mad At Myself” a “Metal” recommendation, per se, because I usually listen to it for Tyler Carter mostly. In case you have not figured out (or typed him into the search bar), Tyler Carter is a favorite singer of mine. “Mad At Myself” is a solid song but also important because I consider the weed of Metal music: it’s a gateway drug to liking the genre.

Issues may be the only reason I started listening to Metal (and We Came As Romans a bit). While I have only just starting scraping the surface (which Metal would probably be into, it’s a weird genre full of weird people), I can still say that Issues are my favorite Metal group. They balance their sound quite well and are probably the most appealing Metal group. “Mad At Myself” combines an upbeat Rock feel with a tough, but not unnecessarily harsh, tone.

Overall, I would rate the song at:

While an awesome and incredibly well-paced song, “Mad At Myself” is just a bit drawn out. Any Metal fan can appreciate the song’s value and find it a perfect balance for any listener, Metal junkie or not. Tyler Carter is still the biggest reason I listen to the song, and I think I would enjoy an acoustic version more (See “Hooligans”).

Go ahead and check out the song and its music video below:

END_OF_DOCUMENT_TOKEN_TO_BE_REPLACED

Montana’s own Jeff Simpson, AKA Sunroof, is a dream-core/pop singer who I discovered through Twitter. His music, however, merges numerous genres and is incredibly unique. The sound is something I have yet to hear before.

Simpson has been performing since 2012 and has gathered his works together in his first album Stargazing. This album and its sound have been praised by multiple writers; however, I wanted to add my own input on the experimental electronic-acoustic combinations in his music and share my favorite tracks by the artist.

Along with his own songs, Sunroof has uploaded numerous videos of covers and remixes. There is a serious loyalty to his work, making this hoe loyal. Forgive me if you are reading this Jeff Simpson, I in no way am implying you are a hoe. That is your choice, of course. You may (or please may not) also quote that if you wish.

Among his covers, remixes and original songs, my favorites would most likely be his title track for the album Stargazing, featuring a Alternative/Metal-type sound, Etherea and Time Travel, with their EDM-based basis, and the acoustic-based and longer-than-necessarily-needed-titled I Followed A Dream Out My Window.

My first song I head by Sunroof was Brave featuring SayWeCanFly. This song was also impressive, and I would not skip on any song even if they are not listed in my favorites.

With each song Sunroof brings a different sound. It is entertaining and keeps me wanting to hear more and finish the playlist. It is an incredible feat, and though the vocals can be a bit bland, the sound of the music is always so intriguing that it makes up for it. Overall, I would rate the artist’s sound at:

You can go through some of his popular tracks in the SoundCloud playlist below, from his official account. I think anyone could enjoy this music as it can appeal to so many genres. It’s funny though, a lot of his beats remind me of Owl City’s Fireflies and parts of its sound. That’s the first thing I think of when I hear a few, not sure how relevant that was though.

Go ahead and Sunroof a listen below: 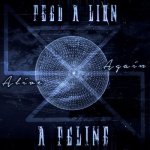 Despite their cannibalistic name, Feed A Lion A Feline make enjoyable music. Their metal-core music is intense, as their name may suggest. Misplaced is the group’s only single on a YouTube stream, but more of their live music can be found on their YouTube channel here.

I do not listen to much from the Metal genre, but I have been diving into it. I do not know much about this frontier, but others have recommended the group and I have heard some positive feedback on the track. If you are a serious Metal-core fan, you might enjoy this vocal-focused track.

Overall, and of course I have little room to judge Metal, I would rate the song at:

Just like the song title, any break from the deep scary voice seems misplaced, though the instrumental is quite enjoyable. I do feel like any Metal fan reading this blog should give this song and the up-and-coming group a chance. I also really wanted to change up my focus a bit with a new genre. You can stream the song below:

Call me soft, call me any name you want, but I can still say I like Hooligans‘ acoustic version best and still possess testicles. I’ve already known Tyler Carter has a great voice, but if anyone ever doubted that, I feel like this song ruins those doubts.

The instrumental sounds amazing throughout and my only honest complaint would be the slight wait before Carter begins singing, which is hardly viable when the whole band sounds great. At this point it is seriously difficult to find a reason to not like Issues as a group, whether you are a Metal fan or not.

I will try to keep this one brief as I want to emphasize the song. Overall, I would rate it at 9.5/10. I seriously recommend a listen below:

Okay, I am gonna post this. I promised myself I would do it finally. The reason I have a bit of a problem writing about this song is that I know virtually nothing not only about Flyleaf, but about the Hard Rock/Metal genre in general.

Flyleaf is, as implied by my ignorance above, a Metal/Hard Rock group originating in Texas back in 2002. The group has some age to them now, but have featured a change in vocalists. In 2012 Lacey Sturm departed from the band and Kristen May took the open slot. Therefore, May is the singer on this track.

So this group is Christian metal, which is insane to me that these two genres are combined. I have only heard a couple of other Flyleaf songs but Set Me On Fire is definitely my favorite. The song is passionate and has more of an Alternative/Rock feel to it that I enjoy more than Metal.

The opening right away sets the tone of the song, but the few lines before the hook really stand out. At times, the notes feel a bit long, but it does not take away from enjoying the song. The brief guitar solo at about 1:12 is cut a little short as well, as that was a huge climax in the tune, yet brought back before the bridge. The song is a loud and catchy, making it great pump-up music.

Overall, I would rate the song at 9.25/10. I really like the song for it’s genre, and when a song stands out in a genre I tend to not listen to so much, that is impressive. I recommend a listen below:

I tend to not listen to a lot of Metal, and almost always stay away from Metalcore (which is why I plan on bringing on someone to the site who fills that gap). We Came As Romans is a Metal group that usually sticks to just that, but I think they should just sing and rock more often. This is a great example of the talent that we should hear more from an awesome Metal group.

I read a lot of hate about the song’s distance from true Metal, but as a person who appreciates the sound of vocals over hardcore, I can say that this is some incredible work. The love song is passionate and an excellent listen, though can get a bit old after sitting and listening for a few minutes and the edited pitch can be a bit too robotic for some.

Overall, I would rate the song at 9.5/10. Seriously recommend a listen below, and if you like Metalcore then this band will definitely be a good pick:

Metal has never been a genre that I’ve given many listens. In fact, before I listened to PelleK, I never considered listening to Metal at all. Some artists are just so incredible that they give you reason to have an open mind. The music from PelleK is truly worth mentioning.

PelleK began singing four years ago with his group of fellow Norwegians, and working with the band named after himself, remixed several covers of popular songs, ranging from pop hits to cartoon and anime themes. He began putting a spin on these songs and giving them a taste of Metal. Despite being able to go on tour and perform live, Per Fredrick Åsly chose to continue his YouTube success, granting him over 300,000 subscribers and a little north of 30,000,000 views. I can attest that his covers are incredible, his voice is superb and the art of metalizing popular music is quite awesome.

PelleK has quite the voice, and his Metal creations include both power ballads with soft Metal and hardcore Metal. I’ve always preferred softer Metal, that is just my own opinion. He pulls off both quite well though, and below I will be leaving my favorite covers by him. They are all great, but my absolute favorites are the Kiss From A Rose cover (this one might even go in the all-timers soon) and his video featuring EVERY Pokémon theme song.

Overall, I would have to rate PelleK and his group at 9.25/10. Again, this is hard because I am not a huge Metal fan, and if I do listen to Metal I tend to stick to a much less intense sound. However, this group and their singer have some serious talent and I would love to hear some power ballads and fast tracks created and written by them. I seriously recommend a listen:

And for more check out his personal YouTube channel: https://www.youtube.com/user/pellekofficial/featured